The backstabbing, the compromises, the pleading, the tears, the struggle… the DRAMA. In a word (): American Politics. And with such heightened emotions playing out upon a national stage, why wouldn’t you set it to music? No, this week’s entry is not Hamilton, but that other tuneful tale about American history: 1776.

As summarized on the IMDb page: “a 1972 musical retelling [by Sherman Edwards] of the American Revolution’s political struggle in the Continental Congress to declare independence.”

This project was originally conceived by my father. As a psychologist, he was fascinated by how we are molded by the stories we share with each other through film, music, at the theatre, or at bedtime. Outside of family, one of his greatest loves was history; nearly every vacation I can recall included an exploration of the destination’s past. Learning about what had come before, my father felt, would greatly enrich our experience.

Beyond these sojourns to landmarks, battlefields, and museums, my sister and I were exposed to a lot of educational programming. We didn’t realize it, of course, because most of it was scored. For instance, thanks to School House Rock, I know the Preamble of the U.S. Constitution by heart (and won a pencil during 3rd grade for my recitation).

Similarly, due to annual viewings of 1776 every Independence Day, I knew that John Adams was a stubborn (understatement) lawyer-turned-congressman from Massachusetts; Ben Franklin was a calm master of diplomacy; Thomas Jefferson was a reluctant, but musical, scribe; and that John’s wife, Abigail, was whom I wanted to be when I grew up. Yet as we approach another July 4 and I reflect on this film, I want to focus on what it has to offer beyond its history lessons.

First, there is the music. Musicals are an excellent way to get children to engage with a story. Even if the history may be beyond them, the music in this film is fun, sweeping, and at times, very poignant. Changes in key, rhythm, and tone are evident to even the youngest viewers, and will add to their emotional understanding of what is happening on the screen. Growing up, my favorite numbers were “The Lees of Old Virginia,” an exuberant hymn to the eponymous family, and “He Plays the Violin,” a whimsical waltz sung by Martha Jefferson about her talented, yet taciturn, husband. However, even when I was 10, I remember being aware that something was wrong about the haunting “Molasses to Rum,” a ballad about the Triangle Trade and slavery in colonial America. Music is an excellent way to capture short attention spans, and singing along is a way to help children (and adults, to be honest) explore what their own voices can do.

Another highlight of 1776 is the cast. For me, the incomparable William Daniels was John Adams years before he was the equally memorable Mr. Feeney on Boy Meets World. As Adams, Daniels is combative, droll, impassioned, and beautifully multi-layered. He is driven by his quest for American Independence, but where he really shines is in his interactions with others; it is a joy to watch him play off of Benjamin Franklin (Howard Da Silva) and Thomas Jefferson (Ken Howard) as the musical’s core trio. These men function best as a team, and are what we want to believe in as Americans: Adams pours his heart into the fight for freedom; Benjamin Franklin is mild and measured in his speech, but extremely clever in all he does, and Jefferson is quiet and reflective, yet there is strength in how he carries himself. It is only by working together that they can inspire others to take up the cause of American Independence and bring about a unanimous vote in Congress for “the birth of a new nation.”

In addition to our main players, 1776 boasts a strong ensemble. Abigail Adams (Virginia Vestoff) was, and still is, a personal favorite.  In the film, as she was reported to be in reality, she is a true life partner for John; she is is supportive of his cause without sacrificing her own, and sees through his bluster to the man underneath, struggling to secure a better future. On the other side of the debate, 1776 has its antagonists, primarily John Dickinson (Donald Madden) of Pennsylvania and Edward Rutledge (John Cullum) of South Carolina. These characters, far from being cardboard villains, are portrayed with the same emotional nuance afforded the Declaration Committee. The audience is shown these men’s motivations and beliefs, and at the film’s end they are not (outright) condemned for either. 1776 was likely the first film I ever saw that did not have a “bad guy,” which is important as there is great value in stories that do not draw solid lines between “good” and “evil.” As Franklin notes during the climatic vote: “What would posterity think we were? Demi-gods? We’re men, no more no less, trying to get a nation started against greater odds than a more generous God would have allowed. First things first, John. Independence; America. If we don’t secure that, what difference will the rest make?”

Of course, I learned the truth of these words as I grew up, took AP History courses, and read more for myself; these men were not perfect. In many ways, the majority of them were deeply-flawed when measured by the standards of today. However, through the music and story of 1776, I learned the principles to which I wanted to hold myself, and constructed a portrait of what it should mean to be an American.

Head’s Up: As stated throughout this post, 1776 is a story of the past, so there is a great deal of additional content and context to explore. However, it serves as an excellent jumping point for discussions on politics, the Declaration of Independence, the Revolutionary War, and the historical figures portrayed in the movie. It can also serve as an introduction to musical theatre. There is no course language (save for a few “hells” and several “Good Gods!”), and no scary images (the cost of war is highlighted in the heart-breaking “Mama, Look Sharp,” but we are never shown the battlefield).

What Memories do you have of this film? Do you have Suggestions for my next post? Additional Resources to share on this one? Please, Comment below!

As always, “Here’s looking at you, kid.”

Got something to say? I'm all ears... Cancel reply 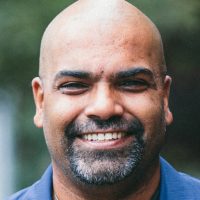 Extraordinary delight of musicals and spirituality

The Casual Way to Discuss Movies

The Art of Blogging

The life of PASSION

The Official Site of Robin Jeffrey

An opportunity to learn.

Monitoring the changing news and social media climate in Seattle

Credibility in a Digital World